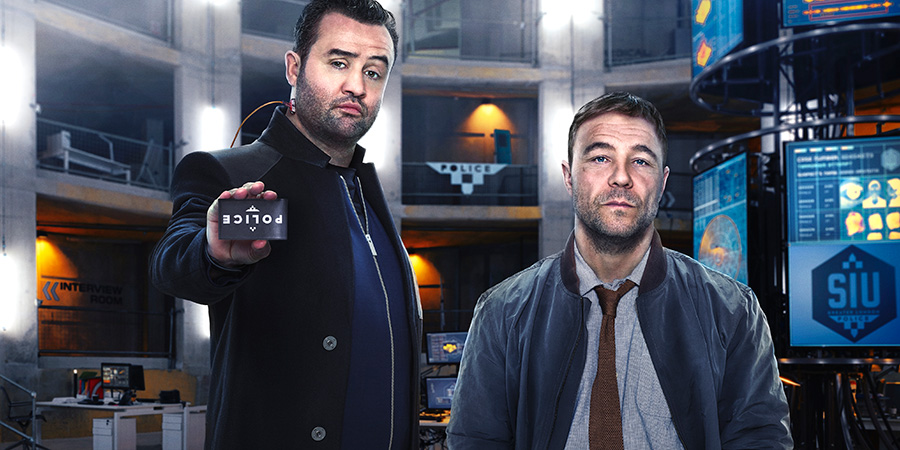 Sky original Code 404, a comedy based on a crime fighting duo and an experimental A.I. project set in the near future, starring Stephen Graham, Daniel Mays and Anna Maxwell Martin, has been renewed for a second series after the first proved to be a breakout hit with audiences.

Code 404 launched on Sky One and streaming service NOW TV on 29 April with a cumulative seven-day audience of 1.9m viewers for the opening episode, making it Sky’s biggest comedy launch in eight years. The show is also Sky’s fastest binged original comedy box set ever, with over 360,000 viewers watching the whole six-episode series before episode 2 aired on linear television.

Code 404 is co-produced by Kudos, part of EndemolShine UK and Water & Power Productions and is executive produced by Phil Temple, Tom Miller and Sam Myer. The series was commissioned by Jon Mountague, Director of Comedy at Sky Studios and Zai Bennett, MD of Content at Sky UK & Ireland and was co-funded by Sky Studios.

“We’re blown away by the love our customers have shown Code 404. The winning combo of Stephen Graham, Daniel Mays and Anna Maxwell Martin has proven a force to be reckoned with and we’re ecstatic to be working on the second series.

“Code 404 becomes the latest in an exceptionally strong run of original British comedies on Sky One including Brassic 2, Breeders, Intelligence, The Trip, Avenue 5 and Hitmen. We’re privileged to be tickling the UK’s funny bone right now.”

The original comedy, written by Daniel Peak, directed by Al Campbell and produced by Charlotte Surtees, was a hit with critics as well as viewers, receiving five and four star reviews from media whilst being described as “hugely enjoyable” (The Sun) and “inducing tears of laughter” (Radio Times).

Following its debut this spring, the Sky original is already gaining interest from other broadcasters around the world, demonstrating the show’s truly international appeal.  Code 404 is set to air in a number of countries including the US, where it will premiere on Peacock, NBCUniversal’s new streaming service, Russia and South Korea.  NBCUniversal Global Distribution is handling international distribution on behalf of Sky Studios