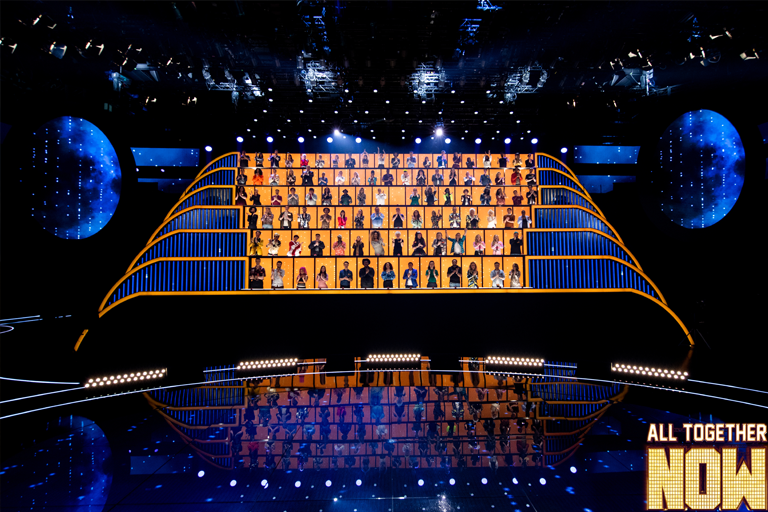 Global content creator, producer and distributor Endemol Shine Group today announces that its hit talent format All Together Now has been signed up for a second series by RTL 4 in the Netherlands, with a festive special followed by seven new episodes commissioned by the channel.

The first series of the supersized singing competition launched in May, with its premiere ruling the Friday primetime slot, with a 25.3% market share in the – 25 – 54 viewer group.

Originally created by Remarkable Television, part of Endemol Shine UK, All Together Now was K7 Media’s ‘Fastest Travelling New Format of 2018’. It has sold to 14 markets across Europe as well as Russia, Australia and Brazil.

This deal is the latest renewal for the show with second series commissioned in the UK, Italy, Denmark, Brazil and Poland. It will once again be showcased by Endemol Shine at MIPCOM later this year.

“All Together Now was the fastest travelling format of 2018 and is shaping up to be one of the best returning ones of 2019. Its swift recommission is testament to the totally joyful version that Endemol Shine Netherlands and RTL created, and we can’t wait to welcome back another 100 of the best performers in the Netherlands for the second series.”

“We knew from the moment that we saw All Together Now as a concept that it would resonate with Dutch viewers, and it proved to be a highlight in the weekly schedule. We’re really excited for the opportunity from RTL to create a second series and look forward to getting started on it.”

Global non-scripted hits for Endemol Shine Group include superbrands MasterChef and Big Brother, internationally loved favourites Deal or No Deal, Your Face Sounds Familiar, Operacion Triunfo, The Money Drop, Hunted and many more. The company continues to innovate with the likes of brand-new VR property makeover series Your Home Made Perfect, Treasure Island which is a new take on renowned format The Island and LEGO® MASTERS as well as Big Bounce Battle and Family Food Fight.