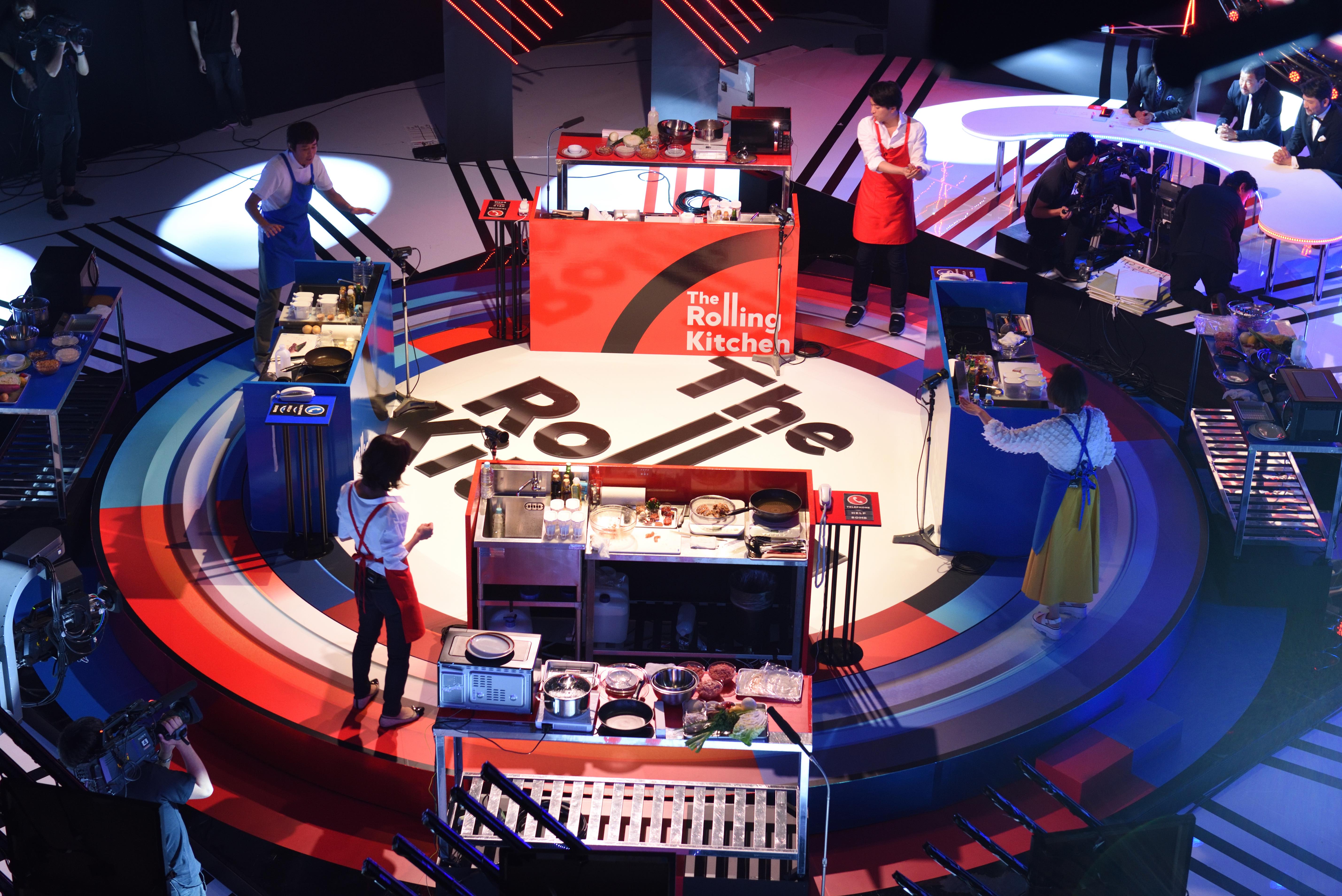 Endemol Shine Group will be the exclusive distributor of the format across all platforms outside of Japan, enabling local versions of the series to be produced for broadcasters around the world.

The Rolling Kitchen is a spectacular new studio-based cooking series from the director of ‘Iron Chef’. Created by Yomiuri Telecasting Corporation in Japan, the format sees couples competing to create the best dish to win a cash prize.

Each pair of contestants is separated from one another to create individual dishes in separate kitchens. Any conversation about the cooking process between the couples is banned and, in a unique twist, every ten minutes the kitchen rotates 180 degrees so each contestant takes over their partner’s recipe where they left it. Contestants must do their best to guess the cooking method and create the most delicious dish to win the prize.

The Rolling Kitchen launched in September 2018 on Yomiuri TV, where it was the highest rating show in its time slot for audiences under 40 years old.

Endemol Shine Group and Yomiuri Telecasting Corporation will launch the format at MIPTV in Cannes next week.

Lisa Perrin, CEO of Creative Networks Endemol Shine Group says; “We are always open to working with new partners which enables us to bring third party formats to new global audiences. Seeing couples in a pressure cooker competition environment where they must deliver a winning dish makes riveting television and with the show’s unique rolling set, I’m sure this has all the right ingredients to be the next travelling cookery format.”

Kazuo Tani, Director Content Business Department of Yomiuri Telecasting Corporation says; “Endemol Shine Group has an excellent reputation in delivering popular formats that travel and this partnership will allow us to leverage their scale and bring our show to broadcasters internationally. We’re incredibly proud to create a distinctive cookery series that has been a huge hit here in Japan and we’re confident that the show will be equally successful in other markets.”

Global non-scripted hits for Endemol Shine Group include superbrands MasterChef and Big Brother, globally loved favourites Deal or No Deal, Your Face Sounds Familiar, Operacion Triunfo, The Money Drop, Hunted, The Island and many more. The company continues to innovate with the likes of Big Bounce Battle, Family Food Fight and All Together Now, the world’s fastest travelling new format of 2018.