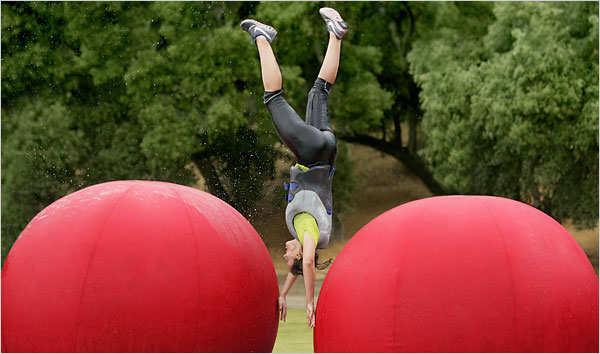 Endemol Shine rolls out four digital linear channels with US ad-supported streaming service STIRR, as well as a selection of titles to launch as VOD within the STIRR City channel.

The initial roll out will see Wipeout Xtra, a physical game show destination and Deal or No Deal, the home for the US version with Howie Mandel available as 24-hour streaming channels on STIRR. Other hit series from Endemol Shine’s vast content archive including Flavor of Love, McLeod’s Daughters, The Simple Life, City Homicide and My Kitchen Rules are launching as VOD and within the STIRR City channel.

Later this year Endemol Shine and STIRR will also launch DIY Daily, a home and garden themed channel and Reel Truth Crime which is packed with compelling crime content.

Kasia Jablonska, Head of Digital Distribution and Monetisation at Endemol Shine said, “There are many gems in our rich archive and this deal is a brilliant opportunity for us to bring our hit shows to even more US viewers. Our curated content channels are proving very successful and with STIRR’s captive audience we expect to see even more growth in this area.”

Wipeout Xtra is home to some of the best-loved physical gameshows including UK’s Total Wipeout along with Wipeout Australia and other action-packed shows from this genre, while Deal or No Deal is the home for the US series presented by Howie Mandel.